Svip.se met with Don Redmon before and during his release party of his first solo album, Walk In The Footsteps.

The scene of the event was Grytgöl, a small hamlet outside of the town Finspång, Sweden. The weather was brilliant, as was Don, the band along with the crowd. It has taken about a year and a half to work on, and record the CD, the work has been and is a celebration to Don Redmon’s grandfather and father who carried the music down through the generations. Don is now carrying the music onwards to his son, who’s also singing together with him on one of the songs on the album together with Don’s father Anders.

At the same time the new CD has also been therapy, to take him through the loss of a good friend. Walk In The Footsteps was recorded at Meadow Creak Studio (Degerfors, Sweden) and produced by Peter and Linda Dahl, and naturally Don Redmon himself.

The producer Peter Dahl is humble when asked about the setup and sequent of the songs:”good musicians and good songs sets themselves”.

The fabulous CD cover is made and designed by Mr. Thomas Holmstrand from Svensk Media Design and what a cover it is!

The debut album is a well-balanced CD with a genuine American country feeling throughout the CD. Don Redmon surprises with his unadulterated sound and this is a perfect mix of songs!

Behind the good Don both on the CD and during the release night is:
Andreas ”EA” Olsson on guitar, Thomas Holmstrand on drums, Jimmy Galvå on guitar and dobro, Linda Dahl as choir singer, Peter Dahl on bass and banjo together with Berra Karlsson on pedal steel. On the CD is also Annika Ljungberg in a superb duet together with Don. This awesome night in Grytgöl was mixed by Lennart Karlsson who was absolutely fantastic!

If you missed this evening, you will have the chance to hear Don Redmon at Uppsala Country Night at the end of July and in Finspång during September! 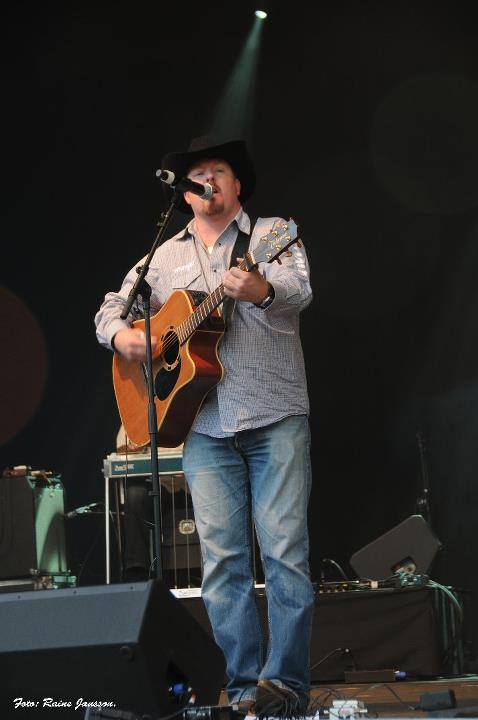