The band Lion´s Share had a timeout, but you have been active musicians during that break…

Sometimes it feels like the years are flying by, the older you get, there where just a big gap. We’ve been writing songs and made plans for the next album but I started to work more with mixing and producing around the beginning of 2012 and the work flow just never stopped. Some albums you just mix and others you’re involved in the writing and playing as well, so I simply haven’t had the time. You need to have an income, so the band just had to wait. At the same time this has been an outflow where I’ve been able to write and play. Patrik jumped in with the band Civil War and they’ve made albums and been on tour. He lives in Borlänge and I live in Stockholm which means we don’t get to see each other every week to write songs together. So it’s an explanation for the timeout, the years just disappeared.

So to keep things simple, it’s just the two of you as a duo?

It feels like the easiest way considering my line of work, so I can handle the musical area. We’re not depending on outside musicians. It’s just easier when Patrik and I can agree on the sound. When we’re out playing live, we lend some people and get to decide if we want proper members in the band or not, people we like and can actually work with. We have worked a lot with Andy Loos one bass and Magnus Ullstedt on drums. Great and skilled guys, they have what it takes so no reason to look any further. It used to be more important to have a band where everyone focused on one thing, but it feels like that has changed. We sort of take things from song to song.

So the band has the same sound as before your timeout?

Yes, exactly. That’s what I mean, it we need something we know what we’re looking for. So that person can help us get where we want. It’s also easier as I am mixing myself. I have always been a part of producing the albums and worked with other sound engineers. Now we’re our own bosses, sitting on all chairs at the same time and will not release anything unless it sounds as we want it to.

We released our latest album Dark Hours in 2009 and were giving shows during 2009 and all the way on to 2011. At the end of 2010 we were the official band when Sweden Rock Festival was to make a Ronnie James Dio tribute. One just had to drop everything and play Black Sabbath, Dio and Rainbow. It awoke an old nostalgic vein… We wrote a lot of material during that time and with that type of sound. After that we didn’t have time to do anything with the material, we had like nine, ten songs that we made demos out of, all pretty good too and they have just been lying around in my studio. So when we met up at the beginning of 2017 I had some riffs lying about but with a different sound. So it felt like we had two albums to work with. The latest material we just released is from the first batch. The basics were recorded a long time ago but the vocals are brand new as we only wrote the melodies and the music. The lyrics were just working lyrics, so all of that is newly written by Patrik and along with that newly recorded singing. Whilst the instruments were recorded like three or four years ago. I just go through the material so it sounds like I want it to; in case there’s a part I’d like to change.

You’ve chosen to release the songs as lyrics videos; I assume you are focusing on one song at the time?

I give each song more focus like that. As the record business is like it is and there’s less sales of a full album, I had the idea that you release an album with a music video or two and that the rest of the songs n that album is kind of wasted in a way. The songs with music videos becomes the focus songs and I felt that we’ve been gone for such a long time now, so to built up the interest again we’ll release a bunch of videos. We’re not really into releasing albums or trying to get a record deal, instead we want to build up an interest for each song. A bit like during the 60: s, sometimes the singles weren’t even on the full album. I feel its more focus on one song at the time, even if we’d like to do a full album. We decided from the start not to release our songs on I-Tunes or Spotify, instead we’re releasing lyrics videos and sending our material to the radio stations. If you like our stuff you’re not going to be able to download a full album and feel you don’t want to buy it. It’s just going to be available on Youtube with a lower sound quality level and hopefully we’ve not burnt our chances for people to buy an album with a good sound quality and get a booklet to go with that.

Each song we release is just a loss. Its a gift to our fans. But at the same time we keep our costs down and we don’t have to pay for mixing and studios etc.

So you could say that you are giving away a reduced song and selling it as a whole if all goes well?

Yes. People want to watch Youtube and listen via their mobiles. That’s not how I want to consume music but this is a different generation. Personally I never use Spotify. It’s not in my way of thinking, if there’s something I like, I’d like to have that in my bookshelf.

You possible album, will it be released on CD or vinyl?

On CD, if the format is still here by then, you never know as things are changing all the time. We didn’t release any of our previous albums on vinyl either. Naturally there are plans of getting everything together if we get signed and release our new material on vinyl and also give out our older material on vinyl too. Maybe we just re-master and change the covers on some of them. But that would be in connection to a new album and also we want to get out and play live after the next one. It’s not really happening right now. We had an offer to do a few Ronnie James Dio tributes shows, so we gathered the band and did two shows in May. 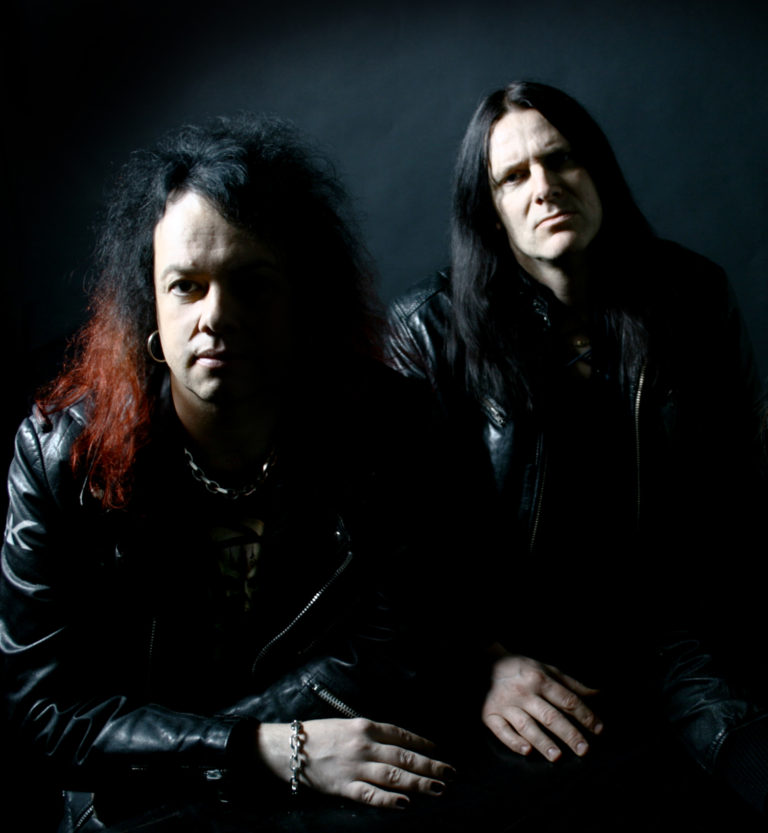 So it’s not going to be as Lion´s Share but as a tribute band?

It feels better to release an album and get out and play on festivals and make it more focused. But never say never. If there’s an offer you can’t resist, one just has to rethink it. But we’re not rehearsing the Lion´s Share material.

When playing as a tribute band, don’t you throw in one of your own songs just to see the reaction?

No, but we did a few Dio and Sabbath songs when we were gigging with Lion´s Share. We had a relationship to Ronnie as we were the opening act for a month during the Monsters of the Millennium. We hung out every day then so it felt legit. It was a lot of fun that we were the official tribute band during Sweden Rock. Even Wendy Dio was behind the decision so it felt like we got a kind of quality stamp on that.

Do you have an odd or fun tour memory to share with us?

There’s always crazy things’ happening. It’s an adventure each time and you live a long time on those memories. It’s a part of the charm of being on tour with everything that’s going on. But the greatest experience must be the ice area tour we did together with Dio, Manowar and Motörhead. Those were band one had grew up with. Sitting in my room as a boy, I could never have dreamed about playing together with any of those guys. That was amazing. It was almost hard to motivate oneself afterwards to continue. Tuff to top those dreams.

You’ve already been at the top?

Yes in all honesty. There was something filled, so where do we go now? It was a big wow!

Will you be releasing songs every other month from now on?

It’s about finding a cycle where we can be exposed. If we release new material too often, people will in the end not bother, but it can’t go too much time in between, so some sort of proportion would be good. The balance of releasing so people don’t forget about us, so somewhere in between three months is about right. That’s how they did it back during the 60: s when they released singles. Folks keep an eye on http://www.facebook.com/lionsshareband and http://www.youtube.com/LIONSSHARE