Mr. Anders Tengner is a man full of surprises. Most of us know about Anders’ innovations within newspapers, radio and TV, in the word of hard rock and metal during the 80: s. Sweden had never experienced anything like it and his work opened the door to the world outside for the Suede’s. Anders worked as a reporter for Poster magazine and later for the absolute favourite, OKEJ magazine.
Anders was and still is synonym with hard rock in Sweden. A hard rocker that is a trained chef and who loves to cook at home in his house filled of antiques in Hässelby. Anders like, no, Anders loves old cars and has amongst others a Volvo duett from 1966. He loathes snow and has no interest what so ever in sports!
The morning tired giant, is at home in the suburb with his eight months old dachshound pup when svip.se calls… 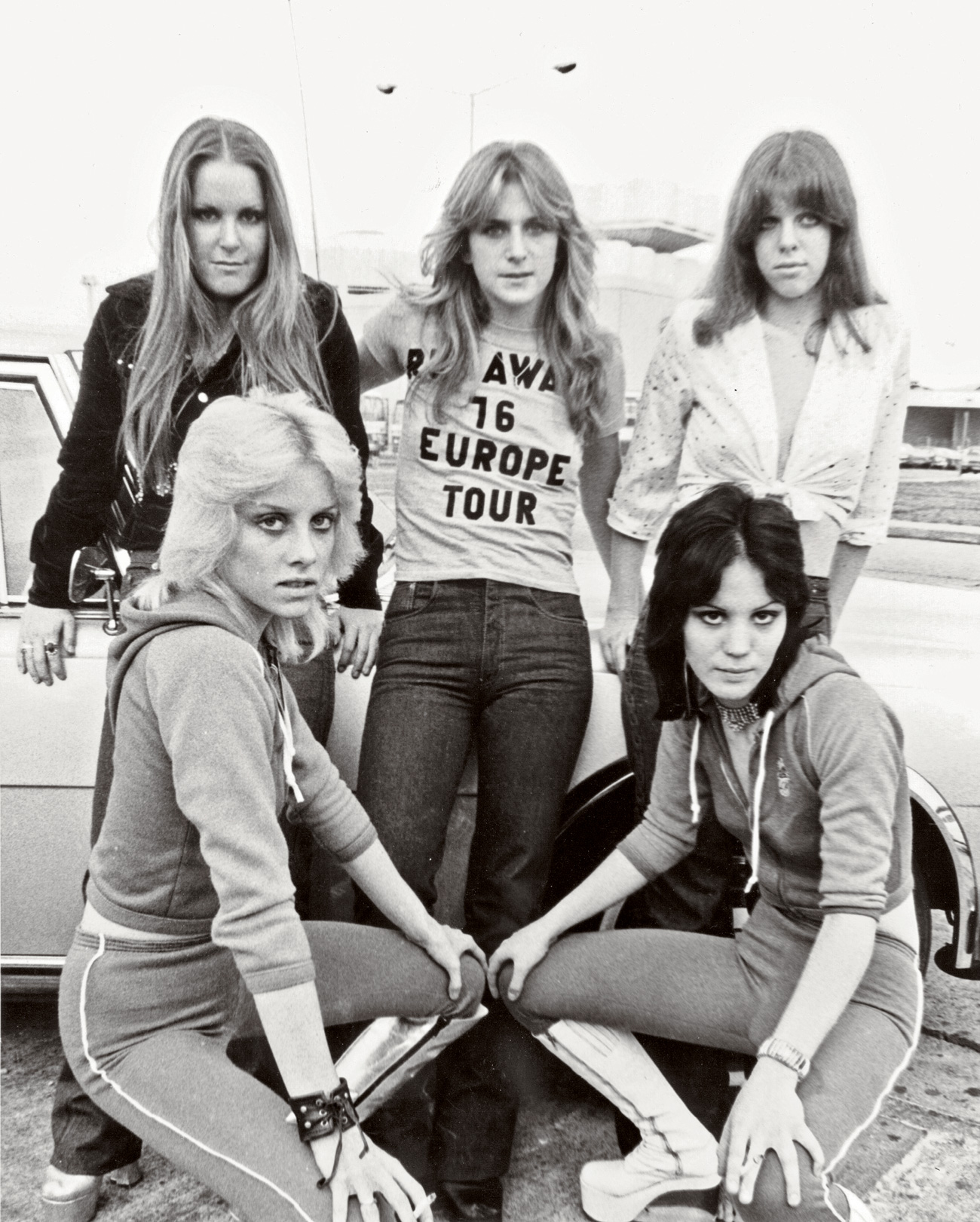 Tell me about how your carrier as a journalist begun…

Well, I went to chef school and the idea was to be a chef. But it didn’t turn out that way, since it was no fun being in a large-scale catering establishment. But I liked cooking, and I have done that since. I do all of my cooking myself, I love cooking. But the dream wasn’t to be in a stressful kitchen and cook for others, I wanted to be a star chef and that’s not going to happen right away… So after my training I slipped and became a journalist.
But I worked at the post office first and that was good, because then I could work when I wanted to and swap shifts. I was out touring with bands and thought it was fantastic to be able to go to concerts; music was da shit for me back then! There was a lot of swapping shifts and I was late nearly every day… But the post office wasn’t my carrier plan, more for bread and butter and it was good for that, it was a really good job and I liked it!
When I was around sixteen, seventeen years old I started a Fan club with The Runaways, the girl band. You know with Joan Jett and a few more… So I had their fan club in Sweden and went on tour with them when they came here in 1977-78 and got to know them and even wrote an article in this pop magazine that was called Poster. Why I ended up there? I was a Kiss fan but there was already a Kiss Fan club so I started this Fan club to The Runaways since we thought they were cool as well. After a while me and the guy with the Kiss fan club started to work together. But then I realised it was more fun writing! 1980 I went on tour with Kiss and it was then I really started to shape… 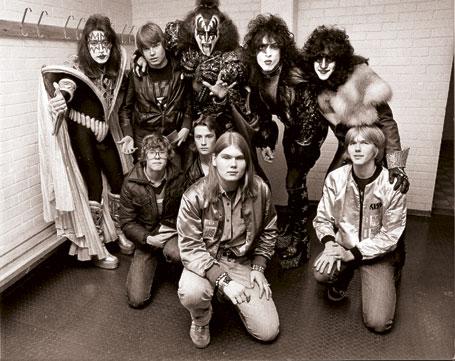 When Poster was shut down I started to work at OKEJ magazine, it was the editor-in-chief at Poster who started OKEJ and that was more of a magazine, and the other was posters with text on the back. At the same time I was working at the post office, so in the beginning I was just a freelancer. I wrote a lot and started to ingratiate amongst bands and went on tours.
Subsequently I started to do rock radio as well and did local radio traffic up in Stockholm, so we had Sweden’s first rock radio station! Since we were the only station of this kind we had interviews with Ian Gillan, Motorhead and these guys.
That resulted in that a TV producer Lars Beerman, heard me on the radio and he called me in 1983 and said; hi would you like to do TV? I am broadcasting a hard rock show, would you like to be the host? So then I did TV and became a celebrity on top of it all. TV had an enormous penetrating power back then. In 1984 I was a guest in a discussion program with Mr. Sievert Öholm and got yelled at because WASP existed! This meant that people really knew who I was and I had to sign autographs at the supermarket and I became recognized everywhere, that was really weird I was just a journalist… But I have always enjoyed to be seen and heard, so it didn’t matter! (The TV shows Anders hosted was called Norrsken 1984, Metalljournalen 1985, Metropolis 1987-88 and Sputnik 1989).
As a result of that I went to the US for the first time in 1984 (85 visits so far!) and met Bon Jovi and Scorpions, and when I returned I had made up my mind, it was this I was going to do! So I quit my day job and started to freelance for OKEJ magazine full time and since I had so much work I was making a lot more money than the hired staff, hi hi… in the end they were forced to hire me, they said that if you are going to work here we have to hire you on a full time basis, otherwise we can’t afford you! Ha ha…
I remained there up until 2005, when the magazine was taken over by Egmont and all hell broke lose, so I quit! 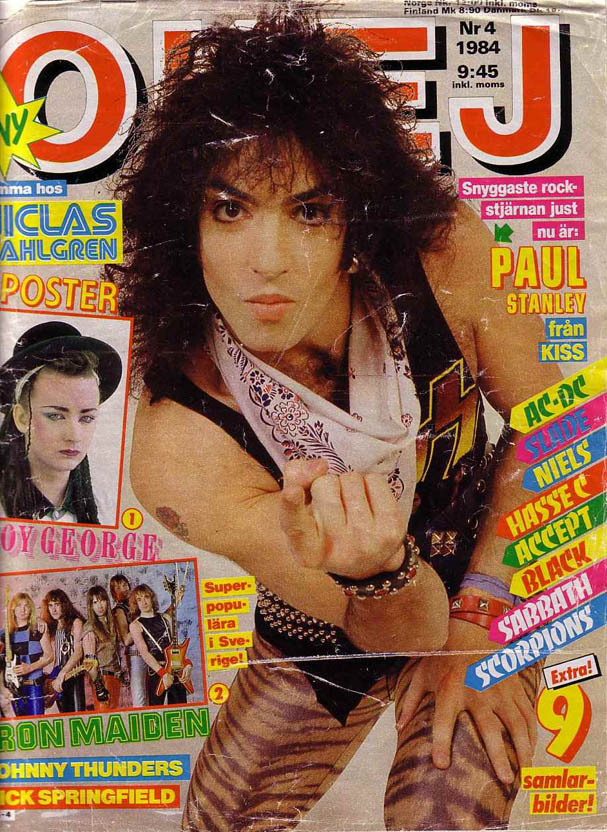 Isn’t it right that you were the editor-in-chief at OKEJ…?

Well no, not at the beginning… I was the editor-in-chief from 1997 to 2005, prior to that I was “just” the editor, but a lot of people thought I was since it was always I who was on display if the magazine was on TV and it was always me who represented them and not the formerly editor-in-chief. I was the face of the magazine and so on. I didn’t want to be the editor-in-chief, because then you are supposed to be in the office, I wanted to travel. I travelled the world for twenty years and had an awesome time doing it! 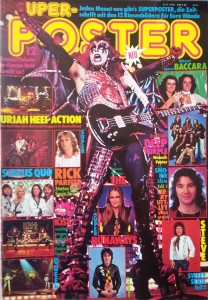 Your first published article was in Poster magazine, what did you write about?

Yes that is correct, in Poster, in 1977. It was actually a review of a concert with Electric Light Orchestra who’d played, but at the same time I also wrote about The Runaways. I continued to write for Poster and I believe I didn’t even charge them to start with…
It was just this mad German and his wife at that office, but we didn’t know that, we thought it was a huge office, ha ha! It was Sweden’s only pop magazine at the time, it was our Bible, and all of a sudden I was writing for them!

In your opinion, where do you cross the line from being a reporter to be able to call yourself a journalist, without the proper training?n?

There is no examination that you have to have to be able to call yourself a journalist, as I understand. You can’t call yourself a professor or a doctor without the proper examination, but journalist, you can call yourself if you please. I have learned the job on my own… I started at sixteen and I have been doing this ever since. But as I said, I don’t have any proper training within journalism. I don’t have any higher education regarding writing or the English language that is higher than ninth grade.
Yet I have written books and lived as a journalist and writer and even translated books into English, and no Americans have complained about the language! So it is fully possible to be self-educated too. 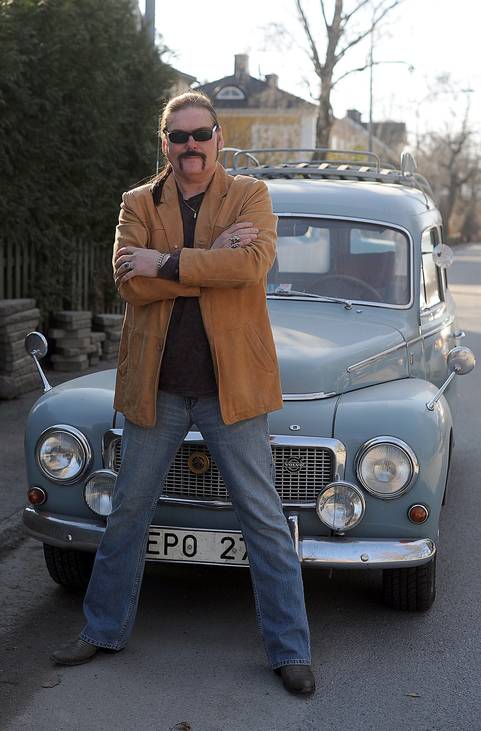 Today you write chronicles in the magazine Antikvärlden, you also write for Rock´n´ Roll Magazine and Classic Motor on a regular basis, tell me about this…

Yes, motor is my absolute biggest personal interest! It is all about old cars for me, I am a vintage car maniac, and it is really what is my life’s’ elixir. Foremost old Volvo cars. I have a Amazon from 1963 in new condition, a 1966 Volvo Duett in even newer condition, I haven’t even driven it and then I have a 142: a from -74, and then I have my newest car a 245 from -84. I have never owned anything newer! I can’t imagine a brand new car, new cars are disgusting! All I think about is that it is so cool to drive an old car. So I am extremely car borne and non environment friendly (laughter).
As number two on my list of interests, there is antiques. I have a genuine interest for old things, so well, they are simply my interests. So it is a nice blend of antiques, vintage cars and cooking at my house!

As a writer Anders has done quite a few things, naturally all of his books are about music in some form or shape, below you can see Anders’ books.
1987 he wrote about Europe in the book Den stora rockdrömmen.
2008 the Idolboken.
2011 he published the book Access All Areas and it’s about his meetings with hard rock and metal giants.
2012 the unauthorized biography about Yngwie J. Malmsteen – så som i himmelen, så och på jorden.
2014 the 80-talet ringde… och vill ha tillbaka sin hockeyfrilla.
Now his latest book is here and it is called Förlist – Mitt liv och Nordman, that Anders wrote together with Håkan Hemlin.
The latter we will make a review on here at svip.se