Svip.se has met one of the most powerful singers in the world today, Noora Louhimo from the power metal band Battle Beast. A seemingly small and neat woman, incredible humble and likeable with a Scandinavian look and with a range in her voice that inspire to an enormous amount of respect! Noora has been singing and making music since she was young and surprises me when she tells me it was classical schooling and jazz from the beginning. During a couple of years she put the music aside, as there were other things more interesting at the time… She is a trained cook, because as she says “I needed a plan B, in case the music wouldn’t work out”. 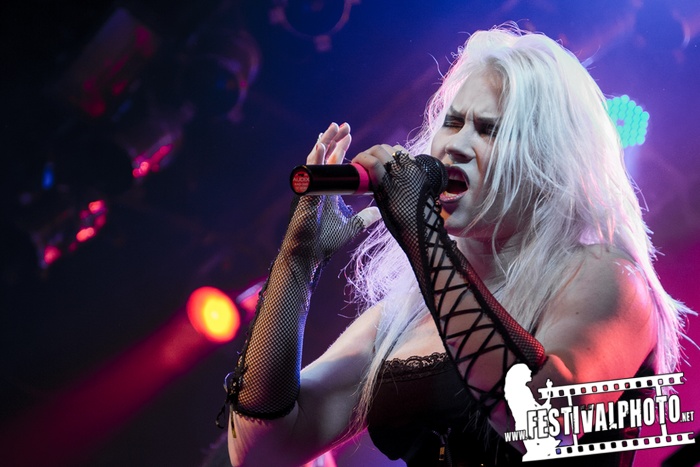 To us who doesn’t know of Noora Louhimo, who are you and what did you do prior to Battle Beast? (She’s been singing in the band since 2013)

Oh, yes. From about the age of four I knew that I wanted to do something where I could express myself, and from around thirteen I was singing in public but not professionally… I trained my voice classically during one year but I was just sixteen and there were other things I found much more interesting during that period of my life (laughter). I spent a couple of years almost without singing at all and went to cooking school and was trained as a chef, something like a plan B and the fact that my grades were so bad, it was the only school I was accepted to (Laughter). After that I was accepted into a music school and studied there for five years and learned vocal techniques and I sang nearly everything: soul, jazz, pop and r n’ b.

But the path to Battle Beast and heavy metal has been long and crooked. As a teenager I listened a lot to metal, like Dio for instance but I had never believed that my voice would be good enough to sing heavy metal myself, I had a much softer and more of a gospel kind of voice back then. I didn’t have the rasping voice. When I was between nineteen and twenty years old I started to sing in my first band and I was introduced to Janis Joplin, it was my band colleges that suggested to me that I should listen to her voice. We played a kind of hippie rock from the 60: s and 70: s and it was there I found the raspy in my voice. There were no vocal coaches within that genre so I had to try and coach myself and it was a really tough road to go. 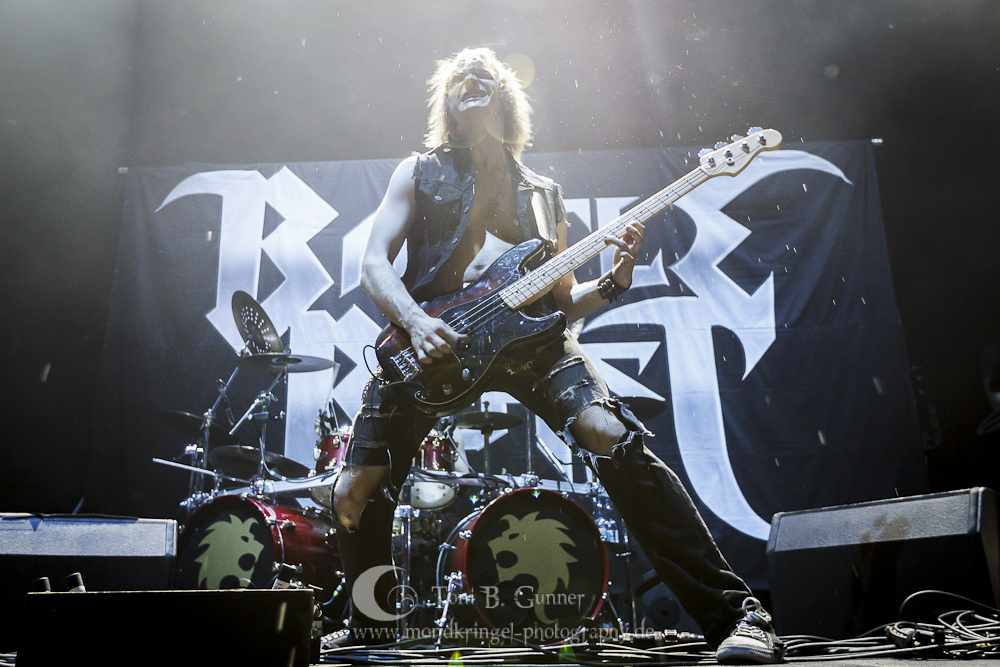 How did you do this?

Well, I started to imitate Janis Joplin’s voice and her way of singing. It has always worked out well for me when I have tried to learn something new in the past. After about a year of practising it started to go in the right direction. When the band split up I started to work on my own solo career. I attended every jam session back in my home town (Tampere, Finland) and played some acoustics gigs together with music colleges and suddenly I was contacted by Battle Beast who asked if I would sing with them. They had stumbled over me on youtube when I sang Janis Joplin. She has been like a guardian angel to me (Laughter). When Battle Beast contacted me I had just heard them on the radio and didn’t even know the name of the band. So I asked them to send some songs over, and I really liked the previous singer’s voice and I thought: Why are they asking me? (Laughter) At first I thought it was a joke! But the next day I called them up and said yes. This was actually the challenge I’d been waiting for.

There have been periods in my singing career where I didn’t feel I had enough challenge, but then something’s always turned up when I needed it the most. Sometimes it has come as an accident or by faith. When I was asked by Battle Beast I knew this was the challenge I’d been waiting for. Even though I had sung hard rock and metal before I felt that I didn’t have the opportunity to give my all as a singer, so this was in a way the answer to my dreams!

Meanwhile I have continued to do my own stuff on the side of the band, but at the moment we are so busy so naturally Battle Beast is my number one priority!.

Yes, it is actually what I love the most about singing in the band, that I can use all of my resources and challenge myself at the same time, and combine that with the raspy and hard, it’s awesome!

What do you think about your opening act, Shadow Quest?

I think they are great! They have good songs, a really good singer and they are really a bunch of nice guys, and as you see, we even share the same dressing-room. There is no arsehole here… (Laughter) I believe it is much smoother to be kind to one another, there’s just no need for anyone thinking they are better than the other just because you’re the headline!

You are on your first headline tour and just came back from Japan, tell me…

Yes that’s correct, it was our third visit in Japan but our first as the headline and the response was bigger than we expected! Like in Tokyo for instance, the audience went mad already before the show. We played there on a Wednesday and I wondered before how it was going to be, but it has been the same every time we’ve been there. The audience is amazing and very welcoming.

We also played in Osaka for the first time, and I asked the audience how many of them had seen us before. There were just a few hands up in the air, which means it was an entire new audience to win over on our side… We also experienced a difference between the audience in Tokyo and Osaka. In Osaka the audience were more polite if you know what I mean. It was dead quiet before the show but when we started they just got crazier and crazier, so I think we won over a few new fans for the future. But we already had a fan base in Osaka and we wrote a great deal of autographs before the show but less than in Tokyo. But we are changing that! (Laughter)

Yes there is, but it has to do with a lot of things. It depends on the culture, the day of the week or if it’s a weekend and off course the premises! But that’s the good thing about this business, all the variation and that no show is like the other. Even if we are playing the same song over and over again, there are always these small nuances, or bigger differences in the way we play the song. Each time is a new start; it is to me personally anyway.

In Japan the audience is always enthusiastic and I could really see the difference from when we toured with Sabaton in Europe, we had the best crowd when we played in Bulgaria. The audience was pumped up before the show and although we were “just” the opening act, they were fantastic. In some countries you really have to warm up the audience and show them what you’ve got and most of the time it’s all good. But it’s good that they’re not totally crazy at all the show, because that keeps us hungry and vice versa.

Who did you have as the opening act in Japan?

We didn’t have an opening act! It was like cold water! (Laughter) In Osaka we would have needed an opening act since it was a totally new crowd for us and a very expecting atmosphere, so an opening act would have help release some of the tensions that was in the air. But during the show the warmed up completely!

You have been very busy touring as an opening act in Europe with amongst other bands Nightwish, UDO, Powerwolf and Sabaton. What is the biggest difference on this headline tour, apart from the obvious?

The biggest difference is that you as a headline have much more responsibility and you have all eyes on you this time around. As an opening act you have to play as you were the headline and really give your all, but the pressure is less. But I do want to say that it is a huge responsibility to be the opening act too, because if you don’t give your all and do your best, you will probably not get any bookings and won’t be the headline in the future.

Which band have been the best to be working with?

All bands we have toured with have been really great in their own way. But I have to say that Sabaton is the band we have come closest to. We have toured a lot together and have had a really nice sort of “brother hood” atmosphere on the tours. Sabaton even came to our dressing-room and hung out, so I guess that says it all!

I would like to give a warm thank you to Noora and the band for their time and wish you all the best in the future!