Svip.se checks Andreas “Don Redmon” Johansson’s pulse. A little bit more than a week has passed since Andreas released his debut album “Walk in the footsteps”.

Have you had the time to take in and digest all of this?

-Yes, I believe so. I have a good feeling throughout my body and the feedback has been overwhelming.

What has the reaction been?
As I said, they have been overwhelming and I feel happy and privileged to receive all the congrats. People are saying that the first thing they notice about the CD is the fabulous cover and after listening to the album they say that it definitely match the great looking cover, really nice! I have an old friend, who’s a true country-fan and listens a lot to Hank Williams, and even he has only good things to say about the album, and I really appreciate that! I wanted this album to appeal a broader audience than “just” the country scene and it seems we have been successful in that.

Who’s the band behind Don Redmon?

On guitar and dobro, Jimmy Glavå from Degerfors and also on guitar Andreas “EA” Olsson from Avesta, steel guitar is played by Berra Karlsson from Fristad, Borås who is the brother of the Swedish country singer Cina Samuelsson, and as a choir singer we have Linda Dahl from Degerfors, bass Peter Dahl and on drums Thomas Holmstrand also from Degerfors. The three later wrote the winning song in the Swedish Eurovision song contest in 2000, when Mr. Roger Pontare performed their contribution song, “När vindarna viskar mitt namn”.

You have a few more exquisite musicians playing on the CD, who are they?

Yes, apart from EA, Jimmy, Thomas, Peter and Linda, we have Annika Ljungberg from Cotton Eye Joe (ex Rednex) who sings the duet with me. Then it is Megan B Lynch from the US on violin. Also on the CD, Conny Ohlsson and Nicke Widén who plays steel guitar.

What lineup of the band and instrument will we be looking at ahead?

My wish is to have the same band that backed me during the release party, so I will work on that! 
Wednesday July 30, I will be performing at Uppsala Country Night, and then I will have a mixture of fantastic musicians to back me. Amongst others EA Olsson, Nicke Widén, Floda Lomaeus, Thomas Haglund and Hessy Eriksson. Also on stage in Uppsala, Vivien Searcy, an American singer and songwriter. Uppsala’s own country queen Maria-Helena Persson will also be performing.

And which one is Andreas “Don Redmon” Johansson’s own favorite song from the debut album?

Really tough question actually… It varies all the time, but if I have to choose it is probably “Walk in the footsteps”…

“Walk in the footsteps (of my dad)” is the title track from the new album and Andreas have said earlier that the lyrics is about his grandfather and father who brought the music on throughout the generations, as have Andreas when bringing the music onwards to his own son Philip. Andreas says with a twinkle in his eye; “I will be able to add on another verse to this song eventually”.

Grandpa Johansson was a fiddler who often played the accordion. While his father Anders, just like Andreas writes his own music.
It was also through his fathers’ substantial record collection that Andreas came in contact with the country music.

What was the first LP that Andreas Johansson bought as a young man?

Ha ha, you won’t believe me, but actually it was Carola Häggkvist’s “Främling”!!  But soon after it was all about Garth Brooks. I watched a documentary about him on SVT when I was about fourteen years old, and then I got his debut album!

Right, that was a surprise! How about in school? Didn’t you have a period of being a “heavy metal person” just to blend in?

Ha ha, no I’ve always been that guy who listened to country; I did have a period of listening a lot to Kiss. But I’ve never been a revolutionary or upset teenager when it comes to music…

Where can we expect to see and hear Don Redmon next?

As I said we are performing at Country Night tonight and August 9th we appear in Vämdalen, but we have more plans. 

Inside of the CD you can find “The Book Of Don Redmon” where you can read about the origin and work of the CD:

“I’m so excited and proud to release my first solo album. The songs are written by myself, together with some dear friends of mine. The album is quite emotional and some of the lyrics reflect upon a personal tragedy that took place last year. The tragedy was almost beyond what I could handle. I thank the Lord for my family, my friends and Martin guitar. Because of them I could see the light at the end of the tunnel…”

Big congratulations to Andreas Johansson and all the best wishes with the CD from all of us in the editorial staff at Svip.se 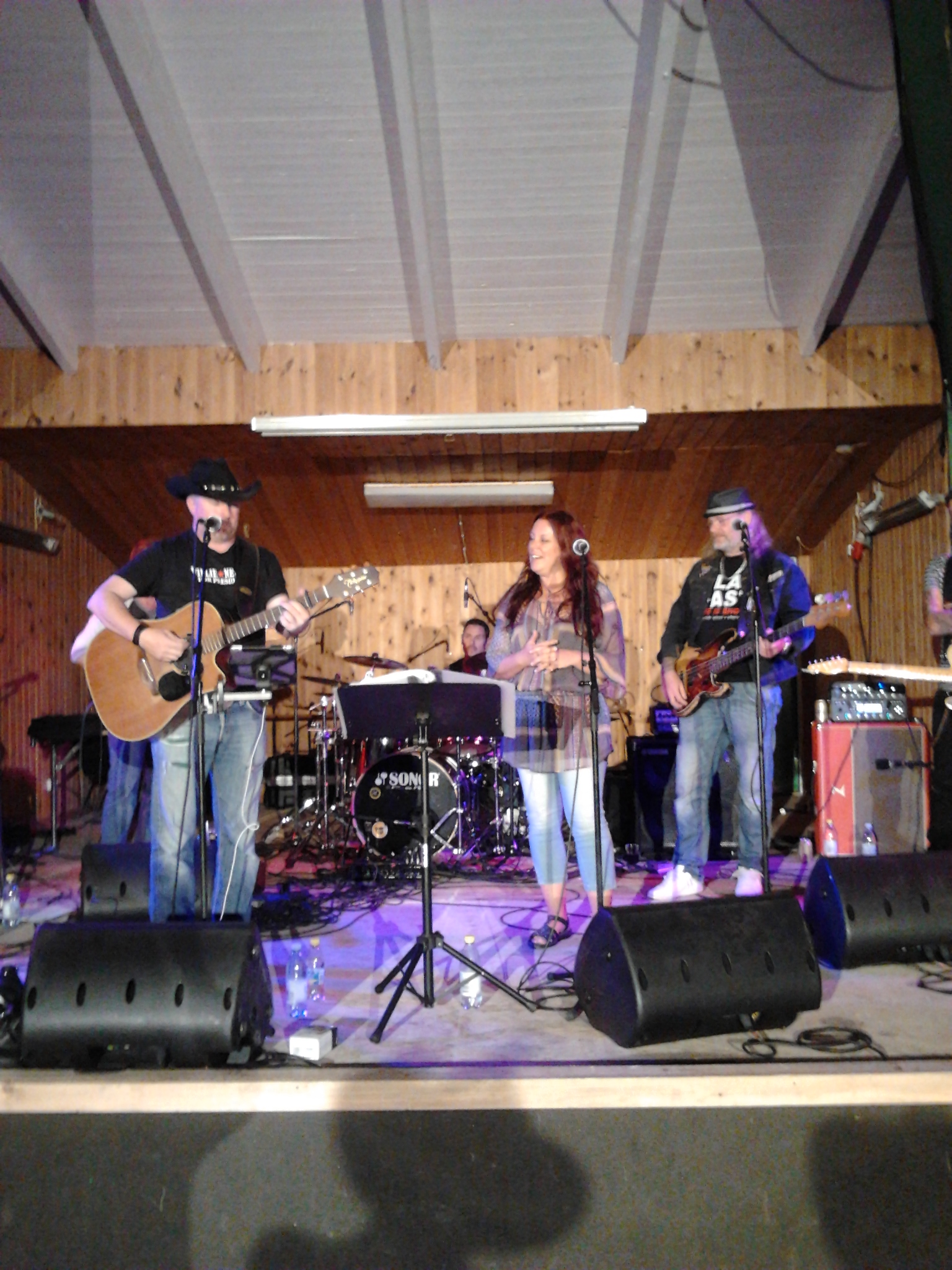